Output Shaft Diameter: .831“
Input Shaft Diameter: .787”
Using this transmission as a whole is unadvised since it was made before 84. The two biggest reasons is the reverse idler pin and the output shaft diameter. Reverse gear is only supported on one side leaving it susceptible to bend and shatter the bearing housing under stress. The output shaft is also very narrow only 13/16“ at the narrowest point which is a majority of its length. Also fluctuations in the shaft diameter does not boast well for the manufacturing. Using this transmission for anything other than parts is also pointless because the gear ratios are the same as the 85-93 B2200 except for 5th gear.


This transmission is extremely low geared. Because of the low gearing you can use this tranny on your B2200 if hauling loads are an issue, the low gear ratios make it good for drag racing with the exception of strength. Since this tranny was made in the pre-84 era there are many design flaws that will make it extremely prone to failure. Because of this it is critical that you try to rebuild the tranny with parts from a newer model to increase reliability. Bearings are interchangeable in almost all Mazda type II transmissions, newer models use sealed bearings that are of much higher quality. One of the worst weaknesses in these trannies is the reverse idler gear, it is only bolted on one side leaving the other to flex and bend. Snapping the clutch, going up a steep hill, or stalling it in reverse will more than likely shatter several of the housings. Using the bearing housing from a newer tranny if it fits will fix this problem, if you cannot find one that fits making a bracket to go around the top of the pin will also do the trick if the bracket is strong enough. This is how my dad fixed his, it has held for over 6 years without a problem. If gas mileage or highway speed is an issue you can always swap 5th gear from your original tranny or another car to create an overdrive. Remember the gear ratio of the swapped 5th gear will be different since the input and counter gears will be different for the tranny. Most likely the 5th gear you use will be lower than the advertised gear ratio. 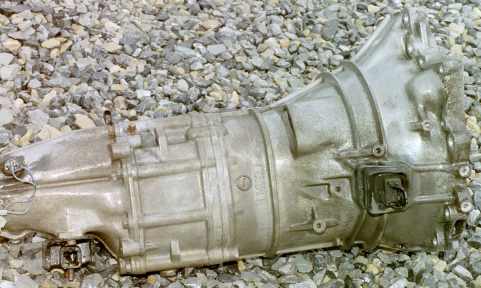