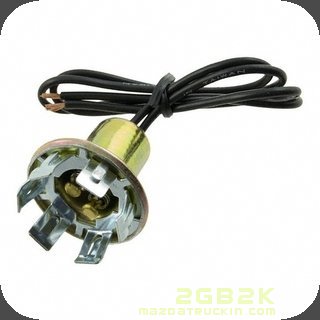 
Many of us have doubts about the visibility of the OEM turn signals on the Mazda B2000, B2200, and B2600. Although anything blinking is bound to catch someones attention if visible having the turn signals mounted low in the valence and a good foot in from the sides often means that anything in front of you will obstruct the view of the signal in traffic. Thanks to our members here is a write-up to modify your marker lights to function as turn signals which will not only move you're signals higher up but also make them visible from both the front and the side.</td>


This mod is easy and cheap. Some tools you'll need are pliers, dremel, soldering iron and electrical tape, other than that you'll need your two 1 1/8“ opening push in 1157 bulb sockets. Any auto parts store will carry these. I happen to prefer Carquest's S44 socket.


Sorry I forgot to take pictures of this first part. First you need to cut the wiring harness near the old socket. Then you have to get the old socket out of the parking signal housing. I used a cutoff wheel and cut the rear of the lamp socket off as close to the housing as possible. Then I scored one side of the socket with a hacksaw so that it can be ripped out with a pair of pliers. After all the metal is removed use a dremel tool to enlarge the housing enough to fit the socket in snugly.


Now starts the wiring. Stick a bulb in the new socket and test the wire leads to figure out which is your parking lead and which is your turn lead(the brighter of the two). Once you've got that, take your parking lead and attach it to the red wire from the connector. Then solder the black wire from the connector to the metal housing of the socket. 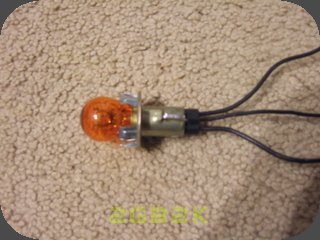 All you have to do with the turn signal lead is crimp a 14-16ga male slide on terminal on. 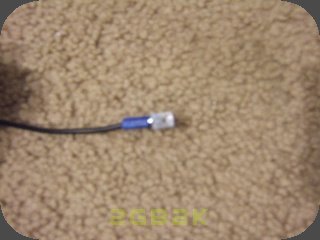 I like to tape my wiring up nice and tight. After that just stick the socket into the housing and you're good to go. I would suggest using silicone around the base of the socket to seal it and help hold it in. 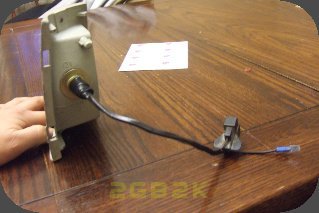 So now your pigtail should look a little something like this.


Install the housing onto the truck and make your connections. Plug the turn signal connector into socket with a green wire. Sorry for the poor photo quality it was nighttime. 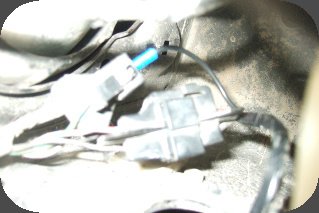